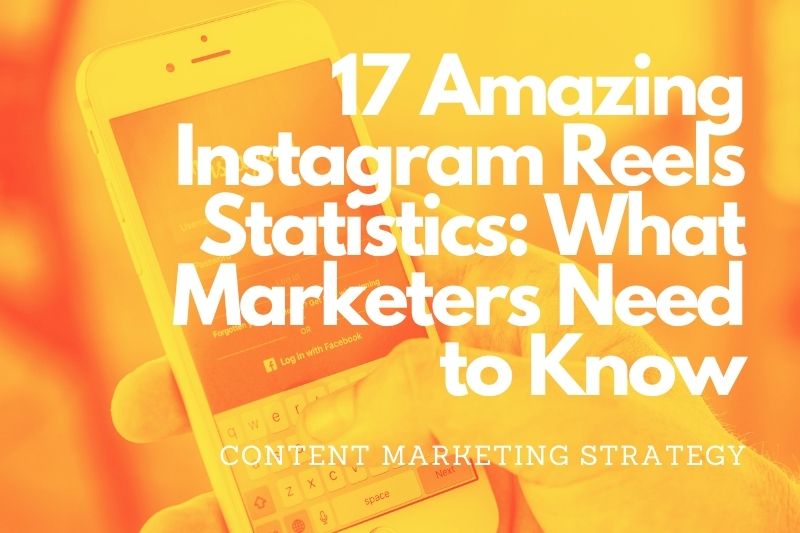 Reels is the latest Instagram's feature meant to compete with TikTok.

Instagram is taking this "TikTok copycat" feature very seriously by heavily promoting it within the app.

If you visit the Explore page in the Instagram app, you'll be greeted by a featured Reels post covering almost the entire screen.

Clicking on this featured Reels post will take you to the Reels section of the app where you can flick through Reels exclusively one after another, just like you would on TikTok.

Going back to the Explore page, you'll also notice that any Reels posts have been granted double the screen real estate as opposed to any other type of post.

Right now, Reels are one of the best ways to promote stuff on Instagram because new features are usually awarded much more organic reach than older types of posts.

This holds true for Reels now just like it did for Stories five years ago.

If you're still not convinced, check out these 17 Instagram Reels statistics below.

#3 Instagram Reels first launched in Brazil under the name if Cenas after which the growth of the platform in the country picked up and is forecasted to reach 135 million by 2025.

#4 It's all about the engagement, right? That's why you'll be happy to know that across platform, Reels receive 22% more engagement than regular videos. 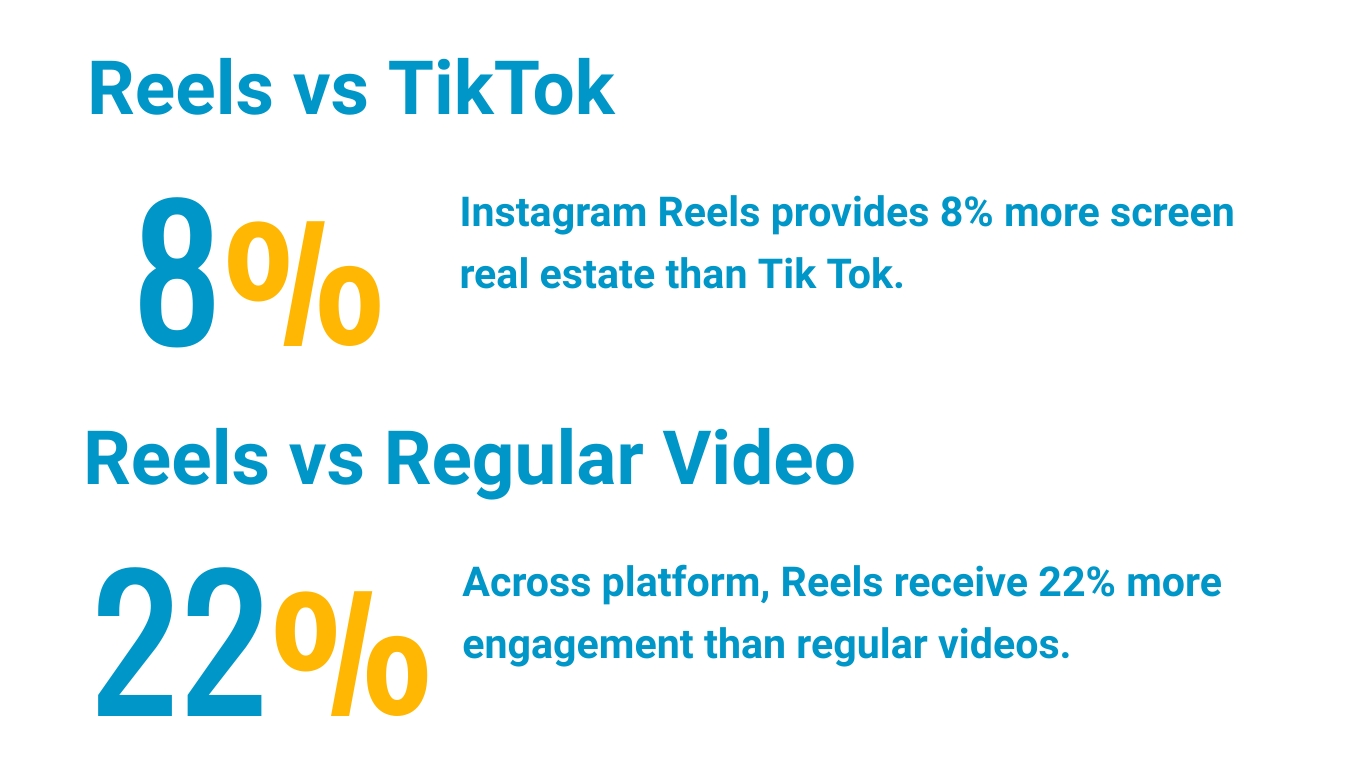 #9 Successful Reels will likely get featured on the Explore page where 50% of Instagram accounts go for discovery every month.

Not only sports franchises realized the power of Reels.

Many global brands as well as influencers and huge private accounts are leveraging the power of Reels as you'll see below.

#10 Zara raked in 150 million views on all their Reels combined, with the most successful Reel being seen an incredible 46.8 million times to date.

#11 Nike is another successful brand that gets the most out of Reels. Nike averages 4.6 million views per Reel.

#12 H&M published 17 Reels up to date and raked in over 33 million views on those posts alone.

#13 Chanel managed to average a little over 1 million views for each of their 9 Reels published to date.

#14 Interestingly, Cristiano Ronaldo only published a single Reel to date which was viewed over 42 million times.

#17 Porsche's most successful Reel raked in over 16 million views in just 12 weeks. 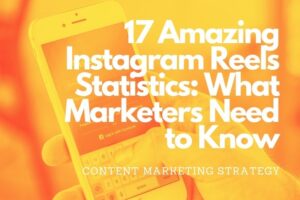 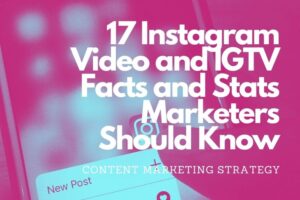 17 Instagram Video and IGTV Stats and Facts Marketers Should Know 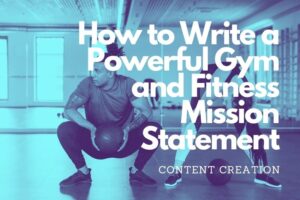 How to Write a Powerful Gym and Fitness Mission Statement